Our first meeting of the new year was a popular one! We had plenty of people on the day. It's a good omen for a large turnout at BuzzardCon on 8 February.

We started off with another COIN game (Andean Abyss), Small World, Nemesis, Teotihuacan, and some game I can't identify but which seemed to involve lots of consultation of rules!

I was in the game of Teotihuacan, and the first time using the Preclassical expansion. As we had a couple of new players in it, I decided it keep things simple and we just used the alternate rules for pyramid and decoration building. The game has a lot of things to track, but new players seem to pick it up fairly quickly. The final scores were fairly tight, apart from one person who took the lead about two-thirds of the way through and only extended it from there! I still haven't figured out what she was doing that was so different from the rest of us. It's a game that has many paths to victory, and you need to pay attenton to all of them. I think the main thing I was neglecting was advances on the temple tracks: they're not too useful on the early steps, but the later steps are well worth having.

After that we had games of Wingspan, Crokinole, Spyfall, and Nusfjord.  Nusfjord is a worker placement game based on a fishery company. It is highly thematic and well balanced. I really enjoyed it.

While these games were starting, others from the morning were winding down, and we had a few more games starting. Startups had a moment as a spectator sport! We also had Sagrada, Empire: Age of Discovery, Viva Java, and another game of Wingspan.

I was in Empire: Age of Discovery. It's been a few years since I've played it, and my attitudes to the game's themes have changed. It's still a good game, on an abstract level: the combination of worker placement and area control gives a good level of player interaction, without the spectre of direct aggression. But the theme is now something I'm uncomfortable with. The portrayal of the European colonisation of the Americas covers up a lot of real-world suffering. The game shows the New World as a tabula rasa and ignores the people living there before the Europeans showed up. The closest the game gets to acknowledging them is in the shape of the "missionary" specialist, who creates an extra colonist (presumably an Indian convert) when he arrives in the New World. On that level, it became an uncomfortable experience.

But that's just me. And it didn't stop me playing the game.

As you see, the day was a busy one with a lot of people there. Long may it continue!

The rest of the day continued apace, with Jamaica, the obligatory Terraforming Mars, more Wingspan, Alles im Eimer, and the finale of Empire: Age of Discovery.

That was the day! Our next event is BuzzardCon on 8 February. Don't forget to register so we know how much food to prepare! 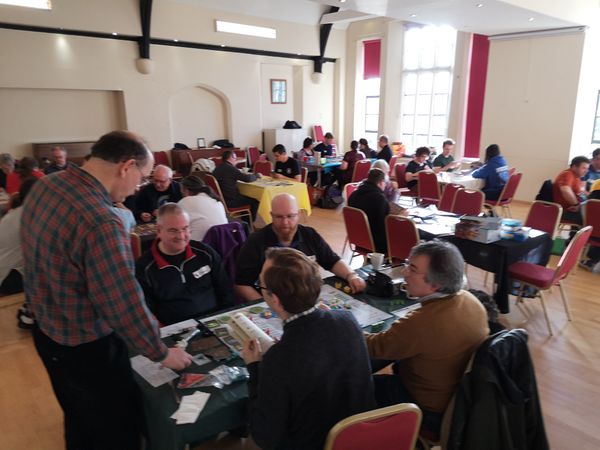 A report of BuzzardCon 3 on 8 February. 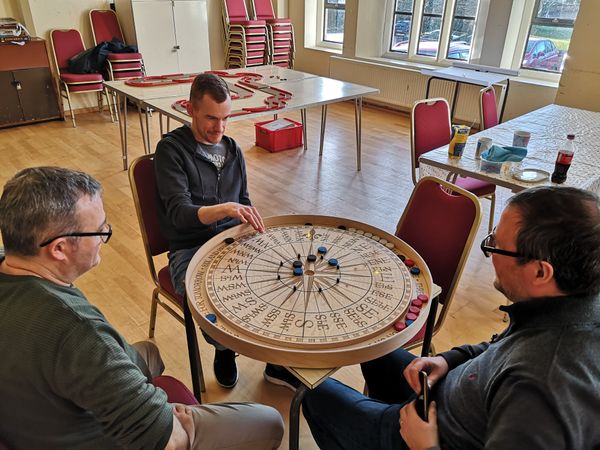